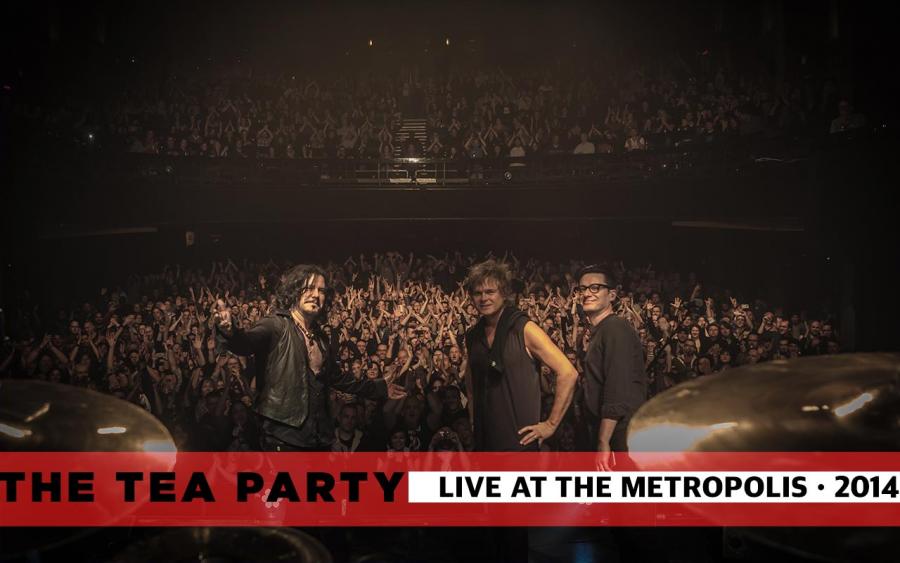 The first time I photographed The Tea Party in concert also happened to be the first time I saw the power-trio perform.  I was blown away!!  At that time, they were touring for their CD Alhambra. I had just returned from Prague the previous day, meeting up with them in Toronto. I shot the eastern portion of the tour, and was mesmerized each evening while trying to create images that “felt like the show”. I’ve lost count of the number of times I’ve photographed them in concert – but realized early that Jeff Martin, Stuart Chatwood and Jeff Burrows,  were in their natural habitat while performing. The synergy they create performing is something you will not soon forget.

This gallery of images was shot during their Montreal show at the Metropolis, in November 2014.

The Tea Party play the Corona Theatre in Montreal on September 17th and 18th – celebrating the 20th Anniversary of their iconic CD “the edges of twilight“.

The Tea Party is art, it’s artistic rock ’n’ roll, hard rock, and it’s like, “Let’s make a statement now. Where we’re at as individuals and as a collective, and make it great. Let’s take our time.” As the Tea Party, we’ve got to live up to The Edges of Twilight and Transmission and all those big musical statements. So yeah, we took our time and just let it grow organically, and the three of us are very, very proud of the outcome.

The only time I feel alive is when I’m painting.