Ian Janes at L’Astral in Montreal

Dartmouth, Nova Scotia-based singer-songwriter, Ian Janes released his 4th album earlier this year Yes Man.   His first album, Occasional Crush,  was relased in 1998 to critical acclaim (when he was 20).  A second album, 2002’s As It Seems – was nominated for two East Coast Music Awards and named Record of the Year by Music Nova Scotia

At the release of his third self-produced album, Piece of Mine, in 2010, Janes, a father of three, was augmenting part of his living doing carpentry work but was also being  drawn to returning to making music full-time. His musical influences include Joni Mitchell, Carole King and James Taylor among his many favourites and has worked with a variety of writing partners that lists Andy Stochansky (Goo Goo Dolls, Ani DiFranco), Lee Ann and Daryl Burgess (Irma Thomas, Colin James) and Joel Plaskett.

“Songwriting is a muscle. The more you use it, the better you get at it.”

Janes recently started writing for others including a country ballad “Can’t Remember Never Loving You,” which was co-written with Byron Hill, and featured in the TV drama Nashville in the mid-season finale.

Janes was in Montreal, opening for Matt Andersen, playing a variety of fan favourites In concert Janes recalls how his young son  had commented that I “Can’t Remember Never Loving You,”! Shortly before the start of the show, I ran into Guy Belanger in the audience – Guy said he was a longtime fan of Janes and commented on how well he “crafted his songs”. After the show, I realized the validity of Guy’s observation. Don’t miss Ian Janes next show. 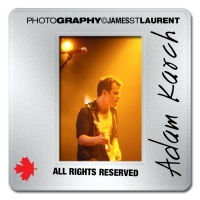 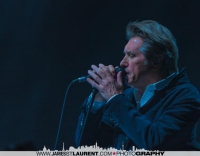 If art is to nourish the roots of our culture, society must set the artist free to follow his vision wherever it takes him.