“Every once in awhile a record comes along that just quietly grabs you by the heart and takes your breath away. For me, that record is Moving Forward. (…) This is definitely a contender for album of the year”.

Whether he is playing solo or accompanied by his trio made up of Marc-André Drouin (bass) and Bernard Delauriers (drums), Moving Forward dances between original compositions and inspired covers, such as Bob Seger’s Night Moves, Keb’ Mo’s City Boy, and even an exciting rendition of Werewolves of London by the late, great Warren Zevon.  Adam even covers himself with a new take on an old favorite, adding a new groove to Did you Get The Latest News from his first album Crossroad Diaries (2002).

Keep with Adam Karch at the Productions Bros Website

“Moving Forward” marked the third CD project with Adam, who I have photographed several times, in the photo studio, on locations, in concert and in the recording studio. We recently got together to produce some images for a new bio-pic and promotional material.

“Adam Karch produces knockout roots music and acoustic blues from his hometown of Montreal, and his latest album, Moving Forward, is his best work yet. After listening to the whole disc, there is no doubt that Adam Karch can cut a mean record, but he is also a solid live performer”. 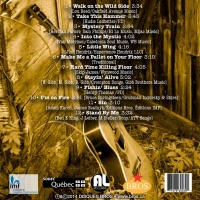 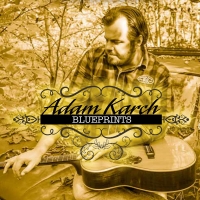 In the arts there are many right answers.